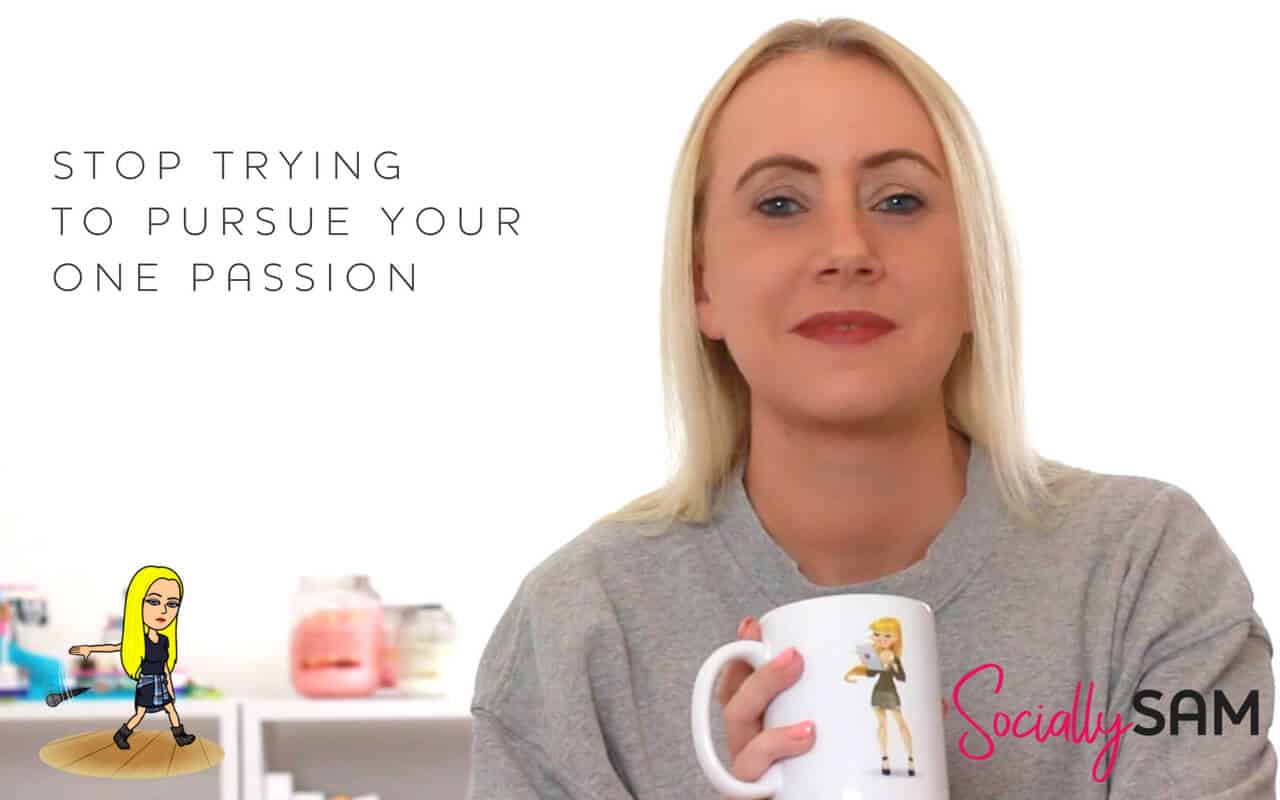 Stop Trying To Pursue Your One Passion

We are bombarded with messages about pursuing our passion and finding that one thing we are so passionate about that we just have to follow our dreams. And yes I talk about going after your goals. But is it wrong to define your passion as being just one thing? And once you determine what that passion is, are you stuck with it for life? What happens if you change your mind? Or if suddenly you don’t like that thing anymore? What if you found your passion whilst following a trend and then that trend dies? Do you have to go and find a new passion then?

Wouldn’t it make more sense to have lots of passions, lots of things you like and are interested in and like doing? And when you are told to pursue your passion to make a profit then surely it’s more sensible to have multiple income streams?

Oh and there’s a guest appearance from Phil Neville in this weeks video.

I also mentioned this book in the video by Emma Gannon https://amzn.to/2vd8hGD

I’ve always sort of fallen into whatever jobs I’ve had. I was kind of directionless when I left school so I just sort of winged it for quite a few years waiting for the digital age to be invented. Because of that, I think it’s wrong to pigeonhole anyone, especially kids, into thinking they have to pick one thing that they are passionate about and pursue that over anything and everything else. When I was at school none of the things that now earn me money existed. There was no internet, social media or smartphones.

I fell into blogging 12 years ago now because I read someone else’s blog, liked it, thought it was a cool thing to do and that it was something I could do. Here I am 12 years later making my living based around everything I’ve learnt since setting up my first blog on Blogger. And yes, it’s been quite a journey.

But if I had pursued just one passion in life then I’m not sure I would have ended up where I am now. However, I also don’t think that I could ever pin down my passion in life that I’d like to pursue, down to one thing.

I’ve talked about side hustles before and the importance of having one. But it’s perfectly feasible that you could make up a full-time income from lots of side hustles. Or multiple income streams. It’s actually quite the sensible thing to do having your income coming from lots of different sources. Like not putting all your eggs in one basket. I referenced Emma Gannon’s book in the video which is essentially about this. Have a read for yourself https://amzn.to/2vd8hGD

And if you’d like to know why Phil Neville is in this weeks video and all about my footballing adventures at Hotel Football then you can read all about it over on Oh Samantha http://oh-samantha.com/hotel-football-summer-football-camp/